OVER 75 YEARS OF INSPIRATION

In 1945, 4 organizations came together to found an international school in Cairo.  These were The American University in Cairo, Socony Vacuum Company, NAMRU-3, and The United States Embassy. These 4 organizations continue to guide the school by appointing representatives who sit on the Board of Trustees. 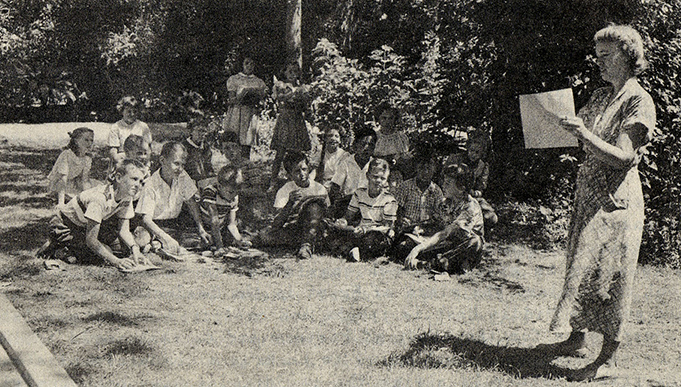 In the fall of 1945, fifty students enrolled in grades one through eight at The Cairo School for American Children and began attending classes in a rented, three-story, vine covered villa located at 36 Road 7 in Maadi. Fourteen high school students were admitted at the beginning of second academic year when the high school curriculum was added. Two students graduated from the high school in 1947 and four graduated in 1948 in the fall of 1948 The Cairo School for American Children became the Cairo American School. This name would continue until 1955. Today's Cairo American College evolved directly from this institution. 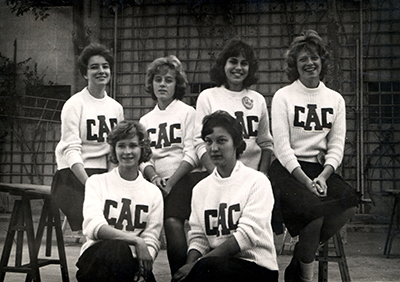 Total enrollment grew so rapidly (averaging about 17% per year) that it was projected to soon reach the maximum capacity of the school's facilities. By 1960 there were 252 students attending CAC.

Planning for a new Campus 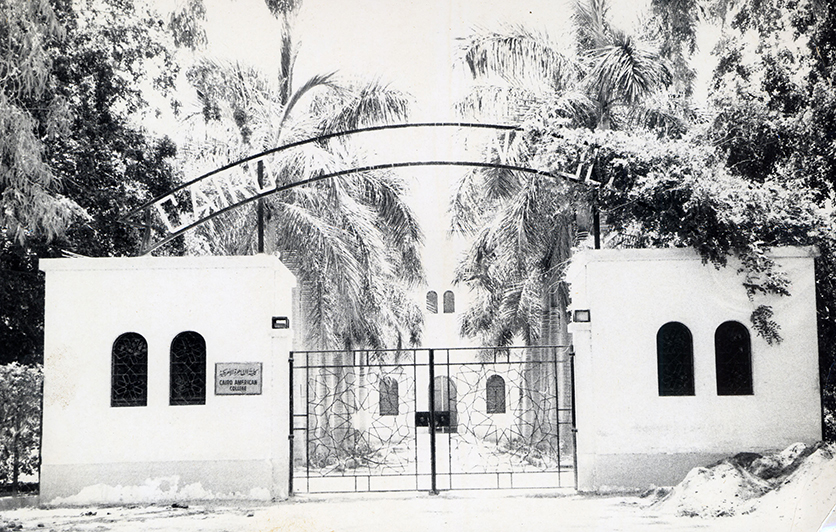 In the fall of 1963, with an enrollment of 435 students, the Board of Directors envisioned a new campus to accommodate 800 students. The Board acquired U.S. foundation and government grant funding, purchased a twelve-acre, school-zoned plot in Digla from the Egyptian government, and hired architectural and educational consultants to assist in planning the new campus. By 1966 the campus plan was completed, building permits were approved, additional funding for construction, materials, and equipment was obtained from the U.S. government and U.S. corporations, and in the fall of 1966 construction began. 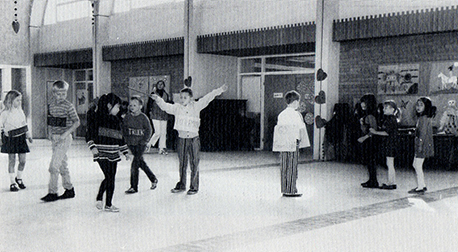 In the aftermath of the June 1967 war, the population of the school changed abruptly in both size and national composition. The size of the faculty went from 45 to 20. From 446 students in the previous spring, only 36 K-8 and no high school students were enrolled in the fall of 1967. In the next year and a half, enrollment quickly climbed to around 300 and stayed within this range for the next several years.

A Decade of Rapid Growth 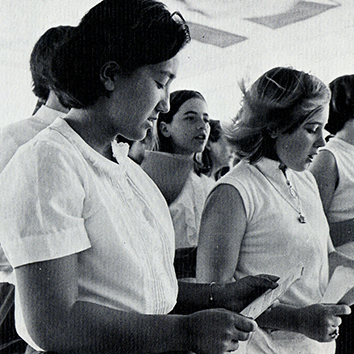 The October 1973 war signaled the thawing of Egyptian-U.S. relations and the return of American families to Egypt in much larger numbers than before. During these years, total enrollment went from 343 to 1293 students. In the mid 1970s the twelve-acre campus, surrounded by trees, shrubs, and a low decorative wall, contained a large open playground and a sports facility area, several temporary structures, and fifteen new permanent educational buildings with a distinctively Egyptian architectural style. These facilities could accommodate 550 students initially and long-range building plans were ready to accommodate up to 800 students. Work on a new high school building and a swimming pool and diving facility was in progress. This campus transformation began midway though this period. By 1985, the school could accommodate 1400 students. These developments can be tracked by the following completion dates: new high school building (1978), swimming and diving facility (1978), three-part, sequenced, three story classroom building (1980-83), industrial arts building (1982), theater (1982-83), fine arts building (1983), additional elementary building (1984), and gymnasium (1985). 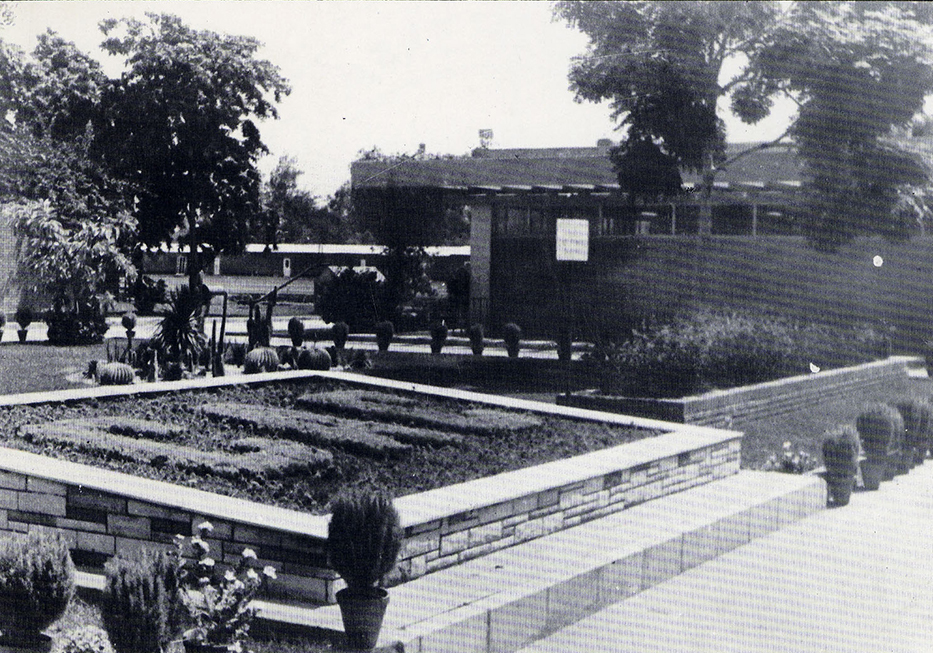 Other than two disruptive factors that occurred in 1986 and several small trends, the patterns of the 1985-86 academic year were a good representation of the coming era. Overall enrollment was 1292 on a campus that was designed to accommodate up to 1400 students. In 1986 two external factors had a significant effect on CAC's operations: the February security force riot and the drastic drop in the price of crude oil. The level of concern for safety and security that has persisted since 1986 is symbolized in the high security wall that was built around the campus in the summer following the February riot. The riot, together with the reduction of oil company personnel in the region, contributed to a short period of total enrollment declines that hit a low of 1061 students in 1987-88. From this point, enrollment began a steady increase toward full capacity by 1992-93. Other developments from 1985-95 include: major growth in spending to upgrade information technology in both the classroom and work environments; enhancement of special education services; adoption of an international baccalaureate diploma program; a new K-12 curriculum coordination process; conversion from half-day to a full-day kindergarten; construction of a new four-story elementary classroom and administration building; and extensive renovation and expansion of high school offices, science labs, and classrooms. With the recent completed construction, the new optimal enrollment of the school is1450 students. During the 1993-94 and 1994-95 school years, a redefinition of the school through the development of a new mission statement and objectives as a part of an extensive strategic planning process focusing to the year 2000 has been a primary activity involving the whole CAC community. 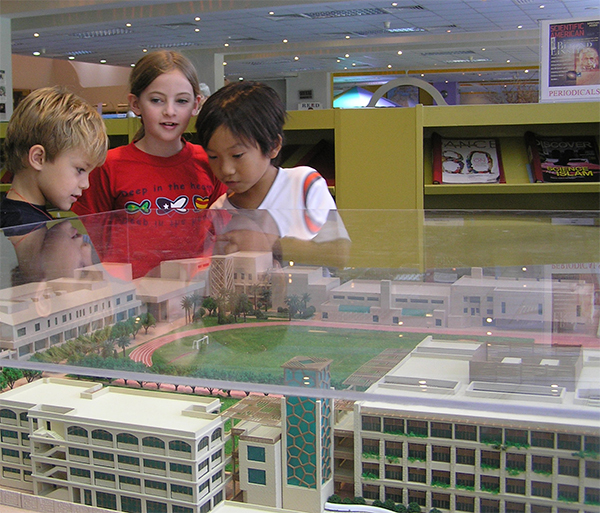 In 1995 preliminary work began on renovations to the theater, a new arts building, upgrading the fields and networking the campus. In 2006 the CAC Master Plan is drawn up, providing for qualitative improvement of the existing campus. The plan included new Elementary and Middle School Buildings and was approved by the Board of Trustees in November 2006. Enrollment during this period fluctuated between 1200 and 1400. The construction of the new Elementary building (Phase 1) began in 2008 and was completed on time in 2010, a large new Elementary building capable of hosting 5 sections per grade level. In 2010 the construction of the new Middle School building began. 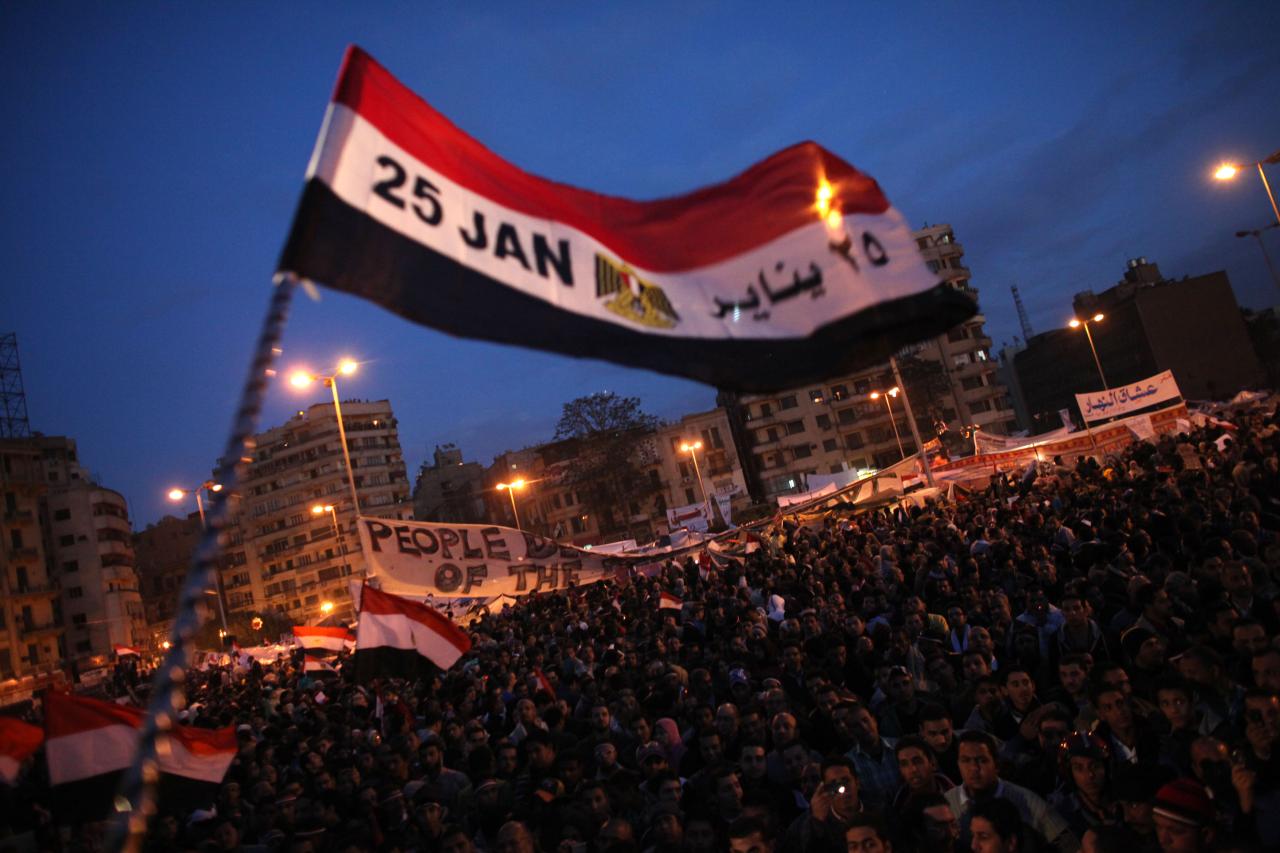